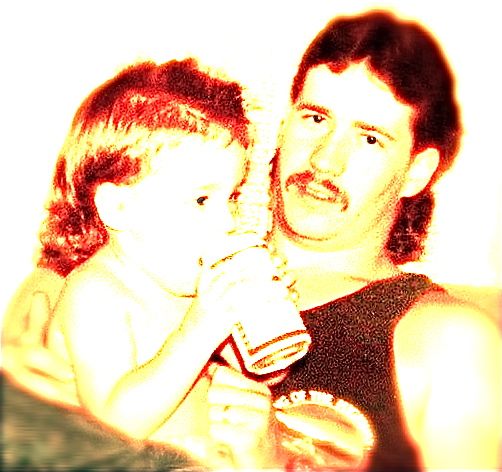 It’s the first week of the new year and things aren’t starting out well. They expected a quiet Thursday afternoon at this little daycare in the 10400 block of North Cedarburg Road, but one obnoxious brat just won’t behave. The tantrums and screaming won’t stop and the other children are getting upset.
They try to distract the kid, bribe the kid, mildly discipline the kid. Does little angel need a time out? Yeah, like maybe three days in the hole in a straightjacket, but that won’t fly in today’s world.
Now the little monster is starting to hit the other kids! It’s time for the last resort. Call the parents and get one of them down here. Surely one of them will put a lid on this rolling boil of a royal pain!
Finally daddy shows up – this 37-year-old Mequon man should be able to quiet his kid and cart him home. But wait. This guy is no Huxtable. No Cleaver. No Atticus friggin’ Finch. He’s a bigger jackwagon than his little rotten apple of a kid. Instead of calming and controlling his child, he starts yelling at the employees, upsetting all the other anklebiters and shaking up the whole joint.
It took a lot for these people to call in the parent of a bratty kid; imagine how obnoxious big daddy had to be for them to call in the cops. So enter the Mequon Police. Finally, at the end of the day (5:10 p.m.), order is restored and Jackwagon Daddy is cited for disorderly conduct. And the kid? Well he’s got a life sentence with a pinhead of a parent.

True Stories of Mequon Crime are based on real incidents ripped from the pages of the Mequon Police Report.